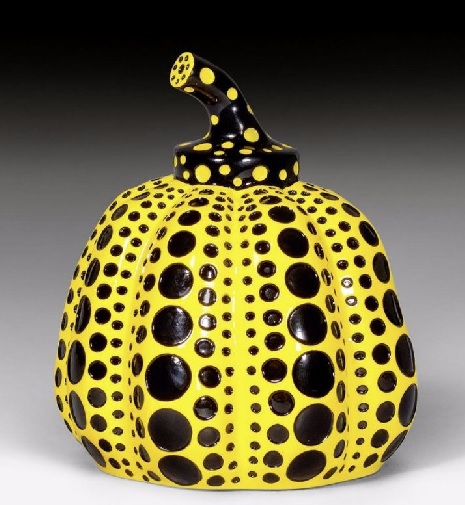 Minimalism is all the rage these days. From tiny homes and mindfulness practices to the Slow Movement and minimalist marketing techniques. But how does it get processed in the art world? Owner Michael Damico shares his perspective on the topic.

I’m not an expert on any of those topics as an area of study. However, I have some first-hand experience with what I believe to be the common thread within any kind of minimalist movements.

On the surface, the minimalist subjects I address above seem unrelated. But I think there is a universality to minimizing. At the core you can really distill something to an absurd level.

The Greeks knew this very well. Aristotle addressed a kind of logic and wrote about reductio ad absurdum (“reduction to absurdity”) or argumentum ad absurdum (“argument to absurdity”). It’s funny, but this may have been the first mainstream philosophical minimalist movement. The idea, though, is this: Something can either fail on the most reduced level or become absolutely essential on the most reduced and absurd level.

I think there is something in reduction that is quite beautiful. It eliminates all the clutter, adornment, and metaphorical carbs. It’s one flavor, sound, item, image, idea, or belonging at a time.

Another Greek Philosopher touches on this too. Epicurus believed “pleasure” was to live modestly.  This is where the beauty (or ugliness) can really come to the surface.

The Problem with Formulas

Now-a-days, though, I feel like this concept has become overwhelmed with systematic approaches to it. There are a countless websites offering, “10 Ways Minimalists Live,” “How to Make Minimal Sculpture,” “4 Basic Minimalist Musical Scores,” “5 Tips to Paint Like a Minimalist,” etc. This is where I think any kind of movement can meet it’s demise. As soon as you put a formula into something that is rooted in discovery, you risk removing the very essence that can be discovered.

A practice moves from being authentic, dynamic, and original to being linear, predictable, and managed. I’m not completely opposed to instruction about a practice because I do feel that even though there is structure, it can lead the individual to the very place where authenticity likes to hide. It’s a fine line.

But ultimately I feel everyone should experience minimalism. If for no other reason than to turn off the noise. Too much noise can keep us from sensing things with meaning.

Getting to What Matters

In all creative endeavors, I think it’s important to experiment with reducing belongings that have little or no use. EXCEPT FOR ART! Buy as much art as you can. In fact, I say to minimize your belongings just to make room for more art! I chuckle when I say this, but I’m also being serious. Don’t get me wrong. I really do believe we have too much, hear too much, see too much, and use very little.

Exercising minimalism can help an individual build on what really matters most. Here’s a personal example: I have about 20 paint brushes that I regularly use. But I started with just one or two. I pushed the absolute limits of those brushes. So much so, that I reached a point where my mind was able to synthesize what kind of brush I would need to make up for what those brushes couldn’t do. Then when I went to buy a new brush, I knew what I was looking for before I ever saw it.

How does that help me build on what matters most? Well, the funny thing to me is, I basically have only three or four brushes I like to use. The reason I have 20 is that it’s the same three or four brushes, just in different sizes. By keeping things basic at the beginning with just one or two brushes, I zeroed in on what matters most in my brush strokes.

I could also apply this to my exposure to media. A few years back I stopped watching subscribed programming like cable or satellite. I also stopped listening to the radio. After about three years, I really started hearing my own mind, listening to my own instincts, and talking to others in true, deliberate listening fashion. That is, not just listening to wait my turn, but really listening and then contributing something meaningful (or so I hope). That simple lesson for me has bled into many other parts of my life, including art.

There is meaning in having or hearing nothing. Yes, the Greeks said it. But look around the world too. The Apostle Paul wrote to the Corinthians: “And now abide faith, hope, love, these three; but the greatest of these is love.” The Buddha spoke about letting go of attachment (after he fasted under a tree for 7 weeks! Now that’s minimalism!). Love in Hinduism is selflessness. A Sudanese Proverb says, “He is like a drum which makes a lot of noise but is hollow inside.” And back to the Mediterranean, the ancient Roman Stoic Seneca said much on letting go of attachment. “I have lost nothing,” he said as he was forced to kill himself. Even the Koran (also “Quran”) talks about materialism dragging man into unlimited desire.

Debate me on any of this if you want, but my point is simple: humanity has a long history of understanding the benefits of reducing down to the things that matter most and building a life from there.

There is wisdom in minimalism, but I feel one has to remain curious in that place. Remaining curious is what allows it to be new and fresh “for-the-first-time, here-and-now, practice and never mastered.” Then we can learn and build ourselves and each other.

So, I think it’s worth exploring. If you decide to remain there in a place with little or nothing, then I only hope that is by deliberate choice rather than society pressure or some website telling you to do it.

What are your thoughts on minimalism, especially as it pertains to art? Share them in the comments and let’s have a discussion!